Two weeks ago Berkshire Hathaway removed their set buyback level of 1.2x book value. The stock reacted by trading up 5% the following session. However, I think the momentousness of this action is heavily underappreciated by the market. In my view this is a far bigger step than when the original buyback policy of 1.1x book (later revised upwards) was instituted.

The reason why I think this is a watershed moment lies in the answer to this question: why wasn’t the book multiple just once again raised? Let me try and answer that question in a roundabout way.

If you have followed Berkshire for some time you’ll know that the former policies, perhaps unwittingly, established soft floors to the stock trading, such that Buffett hardly managed to do any buybacks at all. That was probably mostly OK for Buffett and worked out pretty well for the Gates foundation, in that they got a ”guaranteed” buying price in the market. Buffett didn’t really want to repurchase Berkshire shares if he had other alternatives; in the past he has looked at it as taking slight advantage of his less sophisticated partners (the selling shareholders) while also having superior information. This issue is of course also a big reason why he vowed not to make any repurchases prior to the release of the Q2 report on August 3.

Another raise of the buyback level to say 1.3x book would likely also establish a floor. Keeping in mind the tax cut and the heightened importance of the operating businesses inside Berkshire, such a move would make perfect sense as a signal of what is now considered ”below intrinsic value, conservatively determined”. However, what’s slightly different this time is that Berkshire is sitting on an ever-growing pile of cash, now safely over $100 billion (Buffett still wants to keep around $20 billion cash as a cushion no matter what), while its investment universe is dwindling fast.

The last ”elephant” Buffett shot was Precision Castparts three (!) years ago. He would need three more acquisitions (!!) of that size to move most of the cash that he already has. And another one in a year again, probably. Not very likely to happen in today’s market.

In light of all that, this is basically Buffett admitting defeat. He just can’t allocate all that capital within the company anymore. Knowing how much he abhors taxes, the natural second choice then is of course share repurchases, rather than dividends. In short, I think the inherent ambiguity of the new policy is a deliberate feature – he really wants to buy back stocks this time.

But how will the buybacks be executed? If done over the market he’ll have to move lots of volume and will risk the price moving away from him as soon as the market gets clued in to the magnitude of what is happening. Dribbling ”a mere” couple of billions in buybacks per year will not make much of a difference, so the purchases are going to have to be very aggressive and represent a sizable portion of the trading each day to even stand a chance at paring down the cash pile. 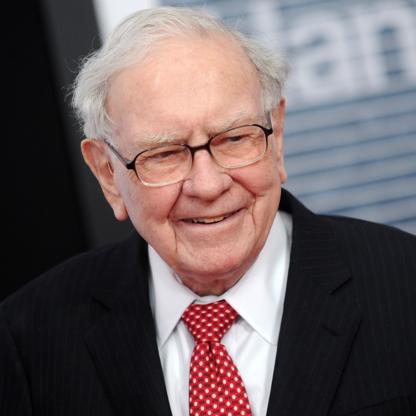 An alternative to this – that I have never seen mentioned anywhere else – could be if Berkshire made a tender offer for some amount of the shares. As some of you may know Buffett’s big idol among corporate leaders, Henry Singleton, utilized buyback tenders to great effect, retiring 90% of the shares outstanding of Teledyne in about a decade. The thought of making a tender offer to Berkshire shareholders has most certainly entered both Buffett’s and Munger’s minds more than once. Curiously, I have never heard them consider this action out loud in public. When you think all the questions have been asked at the shareholder meetings…

The big issue with a tender is of course the tradeoff between the acceptance rate and the premium offered.. Would people not just think Buffett was making an offer that was easy to resist? Well, if contrasted favorably with the former buyback level, some amount of private shareholders could probably be persuaded. A PR campaign with a CNBC guest spot by Buffett might also help with that.

There are also lots of big funds and other institutions who hold Berkshire stock and they might take the offer as an easy way to reallocate parts of their position with less friction involved. Correctly structured, the offer could also make the weak hands sell the stocks to arbitrageurs, thus securing even higher acceptance. One shouldn’t underappriecate how enticing a premium can be to stockholders, whether they are Buffett groupies or not. Making a big enough splash with the tender size should ready investors for this to have a one-off character (an argument Bufett time and time again has made against dividends is that when instituted, the owners expect it to be ongoing), thus feeding expectations that the stock price will subside back to lower levels again once the tender is done and dusted, prompting higher acceptance.

Another thing in favor of a tender offer is a fairness argument. As opposed to market buybacks, there is nothing sneaky about a tender offer. We know that Buffett cares about such things, but I dare not say how important this consideration could be. Conceivably more so if the plan is to retire a huge amount of shares, as opposed to in the past.

Last but not least, the combined daily average trading volume of A and B shares amounts to almost $900 million per Yahoo finance. That is, for Berskhire to deploy $100 billion at current prices they would have to be the sole buyer of shares for 111 straight trading days. Of course, that is a literal impossibility, but you clearly see how far the timeline is drawn out by using any reasonable but still aggressive assumption such as 20% of the average volume. The simple fact is that it is nigh impossible for Berkshire to put a really big dent in their cash pile with running buybacks. Additionally, in the pursuit of shares at a fast enough clip, the share price is extremely likely to enjoy a good ride.

For further evidence, consider Apple’s behemoth buyback program of $100 billion, which it manages with a clip of roughly $20 billion per quarter. That’s with a daily average stock trading volume of $4.6 billion (Yahoo), which makes their buyback roughly 7% of daily volume. Apple could conceivably buy back way more way faster than that with a cash balance o $250 billion. Perhaps their reasons not to include that it would move the price too much.

While I think the tender scenario for Berkshire is far above a non-zero percent possibility, a regular, but sizable, buyback is probably still the safest assumption to make. However, a market buyback strategy won’t likely solve the issue of the accumulated cash balance.

No matter what avenue of buying back shares that is chosen, it will be done in size and with relative swiftness. The Q2 report will likely show that Berkshire trades just above 1.3x book at current market prices of just shy of $200 for the B-shares. I will not go into a big valuation exercise here (there are lots of them out there for those so inclined), but suffice to say that I view this as cheap, perhaps very cheap, and see it as unlikely that the stock will move much lower from here, bar unfortunate deaths, a super cat or some macro event affecting all market prices.

I also harbor a great suspicion that Buffett is now actually willing to buy back shares a bit above current levels. In some way or other he is likely to, by sheer necessity, affect the stock price in the coming months. An additional slight upside for the B shares is that the tiny discount that has opened up against the A shares (presumably in part due to technical selling pressure from the Gates foundation), may start closing again when a huge entirely economically motivated buyer enters the market.

My good friend David suggested that the rather muted response to the buyback policy change could depend on the extreme size of Berkshire. ”Who is going to move that much stock in a controlled company in response to such a vague policy change?” Be that as it may, it is a rather scintillating thought that an inefficiency could be because of huge size, rather than in spite of it. No matter if that hypothesis is correct, an agile mind is important in all markets.

Omaha, NE (NYSE: BRK.A; BRK.B)—Berkshire Hathaway has purchased 9,200 of its Class A shares at $131,000 per share from the estate of a long-time shareholder. The Board of Directors authorized this purchase coincident with raising the price limit for repurchases to 120% of book value. Berkshire may purchase additional shares in the market or through direct offerings at no more than 120% of book value.